Interested in learning more about biblical narrative? Dr. Borgman is available for speaking 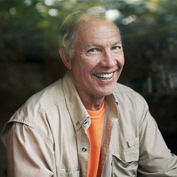 I start at the end, with the most recent of four books, Written to be Heard: Recovering the Messages of the Gospels. This and each of the prior three books uncover what ancient listeners, preliterate, would have heard. They couldn’t read, and authors knew that and consequently structured their narratives for the ear, not the reading eye. Big difference, as you will see who venture into any of these works.

After tens years of teaching and writing on these New Testament narratives, my energy was flagging. A dear friend and brilliant philosopher/writer Kelly James Clark helped pick up my somewhat sagging spirits with his enthusiasm for what I had done.

“Kelly,” I asked one day in a flash of prescience, “how about you become a co-author with me?” He considered, and agreed—and became an indispensible second pair of eyes, a second brain, and a super-charged energy. Kelly brought me all that the book needed to take its final shape, and its final articulation of messages recovered. You, our readers, will have to complete the conclusion to this part of my story: did it work? (One such “completion” is offered by Nicholas Wolterstorff in his marvelous Foreword to the book, included under “Reviews”).

That’s the bio’s conclusion. The beginning: it was back in my pre-teen years as a happy member of a large family well-versed in the magisterial King James version of the Bible (we had to memorize passages that stick to this day, in the King James!). I grew up as one of six brothers (I borrow the following brief account from the Preface to Genesis: The Story We Haven’t Heard). Our two sisters, who emerged last, had trouble emerging at all. My twin and I and two brothers were all bunched in the middle, within only two years difference in age. Our two older brothers tried to keep the rest of us in check. We had the normal sibling rivalries and simmering disputes, which evolved into dinner-table conversations—almost every evening. Involving both parents, our dialogue nevertheless often verged on argument. Religious education only stoked the fires and added to the fun. A story from Genesis like Jacob’s taking advantage of his famished older twin, swapping soup for birthright, intrigued me. About this and all sorts of things we talked each evening around that dinner table, failing sometimes to leave for a good while after dessert. From out of such squabbling and pleasure has grown these books, for which I thank my family.

Fast-forward, and here I break from the Genesis book’s Preface. I had the good fortune to get my Ph.D. in the art of stories both ancient and modern.

The University of Chicago doctoral program in literature was exhilarating, table-talk brought to an exquisite degree of excitement. This training led me in two opposite directions, ancient and modern. My keen interest in the compelling nature of ancient literature, both biblical and Greek (Homer, Plato, and the Greek dramatists) came to happy fruition. (I had been for two years in the doctoral program of the Divinity School before “seeing the light,” returning to my first true love of the literature and the discipline of literary study.

Early in my teaching career, out in the far corner of Iowa corn and soybean fields (Northwestern College), I devised and taught a new course in the English Department, “Biblical Narrative.” I then attended a summer institute (sponsored by the National Endowment for the Humanities) and met Robert Alter. It was around the time, 1980, that Alter’s seminal work, The Art of Biblical Narrative, was published—to the rapt attention of most biblical scholars.

A funny thing happened, however. While literary scholars of the Hebrew scriptures like Meir Sternberg and J.P. Fokkelmann took seriously Alter’s insights about the crucial role of ancient writing technique designed for the ear—including doublets, type-scenes and chiasms—most New Testament biblical scholars have underplayed or ignored these insights.

I was an Alter devotee and disciple, though branching out in ways quite different—like insisting on the structural integrity of the whole text, which is unified and coherent. The gospel of Mark, for example, is a coherent literary whole whose integrity of connected parts is based on “hearing cues” and listening devices: this is the main subject for scholarly investigation if the goal is find the voice, the messages and implicit moral visions, of the ancient literary text.

That’s one conclusion to this bio, but perhaps the most important part of the story is the phenomenon of my forty-years’ worth of students. Only in the context of the back-and-forth between them and me did any incentive for writing arise, or find fruit. Class time led to personal writing-time, which led back to classes now assigned my writing. The process of cross-examination was critical, and for me personally, sustaining and insight-bringing.

Mine is the extraordinary good fortune of having enjoyed a profession that put food on the table but more importantly nourished my soul, and my happiness. As I would say to my students, who can believe the salutary circumstance of making one’s living doing what otherwise would be the most desirable thing on earth to do?

So in a very real way you, readers of any of these four books, can enjoy what for me has been, mostly the joy of a lifetime.